Chitwan Jungle Safari Tour Packages gives you a glimpse of what one might expect if he chooses to buy any one of them as the use being the source. These are referred to as packages for the various fact that some activities which you would do and the length that you would stay so that you know, Ah! This is what I will hope to gain if I take this one or that one. So your expectation is made accordingly.

Anyone of the packages, I must warn you are made and priced on a number of factors, such as the number of days that package is of, the itinerary planned for that particular package and the cost it takes to house your stay at a particular comfort level and the food which is provided in them. So Chitwan Jungle Safari packages are made in that way, taking those factors into consideration.

There are a number of them which our tour operating company specializes in and all are determined by what our clients would expect to have on a jungle safari so here you get what they are in reality which is divided into classes of Chitwan Standard Tour, Chitwan Deluxe Tour, and Chitwan Luxury Tour. Each one they have a number of packages under them which are mostly based on the activities involved in them and the duration of them. I shall go into further detail with each package now based on the class under which it falls so you would get a better idea.

In Chitwan Jungle Tour you would be picked up and dropped off and stay for one night at a standard three-star lodging while being involved in activities like visiting a Tharu village, the elephant breeding center, going to sunset point, elephant back safari and a cultural show of the Tharu tribe on the first day. The next day with an early wake up for bird watching and then you head back to your destination. This involves a full board of meals while in Chitwan.

In Chitwan Highlights Tour, you would also pick and dropped off from your destination and lodged at a three-star lodging with the full board while in Chitwan for two nights and three days. On the first day, you would be involved in activities such as visiting a Tharu Village, visit to the elephant stable and to sunset point. After dinner, it is a cultural show at a Tharu Village. The next full day would be somewhat like this. Wake up call, breakfast, bird watching, canoeing, jungle walk, visit elephant breeding center, elephant bathing, lunch, elephant back safari or jeep safari depending on you and finally dinner on the first full day. The next day you would depart for your destination.

In Chitwan Adventure Tour, you would be in Chitwan for three full nights and four days and housed at standard lodging of three-star. This one follows somewhat of the itinerary above with the additional day of being woken up, breakfast, watching the birds, lunch, a safari ride atop the elephant’s back or in a jeep, depending on you, and then dinner. The next day, you depart for home.

Chitwan Delux Tour has two packages in it, such as Explore Chitwan Tour 3 Night 4 Days and  Traverse Chitwan Tour 2 Nights 3 Days both of these follow three and two-night packages, the only better value is the lodging is at a higher rated lodging which uses AC deluxe Accommodations. So to know the itinerary plan, it would good to refer to the above. Since the accommodation is better, the prices of these two packages would be more than the above.

In case, you would like to know more Chitwan Jungle Safari Packages, get in touch with us, we will be willing to see how we can be of help. 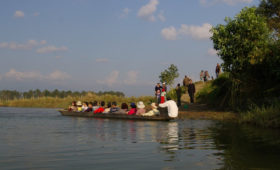 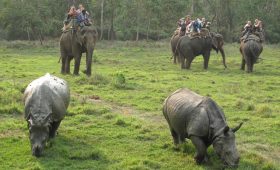 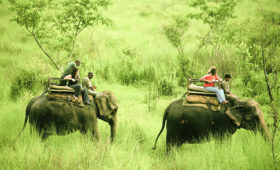 Things to do in Chitwan